Cookies help us deliver our services. By using our services, you agree to our use of cookies. You can change your cookie settings at any time. 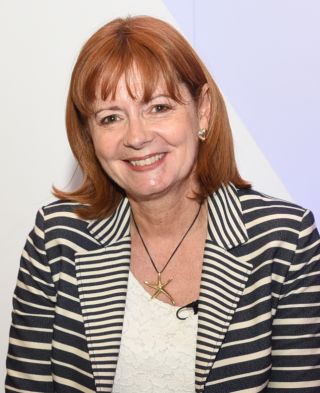 From Virgin Atlantic’s award-winning service to the exemplary front of house service at the London 2012’s Olympic and Paralympic Games, she has been responsible for famously outstanding operations in HR and customer service management.

Linda’s career took off with British Airways, where she worked in HR for air traffic control before rising to HR Director of National Air Traffic Services. In her time spent at the UK’s largest airline, Linda experienced an environment of significant changes as the company transitioned from public to private ownership.

In 2003, Sir Richard Branson hired Linda to ‘make flying fun’ as Virgin Atlantic’s Director of In-Flight Services, and she certainly did: after completely overhauling the training, recruitment, promotion and performance management of 5,000 Cabin Crew, the highest customer satisfaction scores in the airline’s history were recorded.

Throughout the process, she oversaw significant business growth whilst consistently driving the airline’s catchy promise of ‘Brilliant Basics, Magic Touches’. When it was announced that London would host the 2012 Olympic Games, Linda knew this was a once in a lifetime opportunity and that she had to be involved. She developed the powerful ‘blended team’ approach, combining professional stewards with volunteer ‘Games Makers’; consequently, the tarnished reputation of the British service industry was profusely redeemed through a three-year programme of engagement, and the Games Makers became one of the most iconic and memorable symbols of the games.
Linda’s unparalleled success in HR and customer service management serves as an inspiring model of performance delivered through people.

ASRA 2020 In The News! Proud to be working with University Business